Artists enjoy the craft, but fret over career prospects 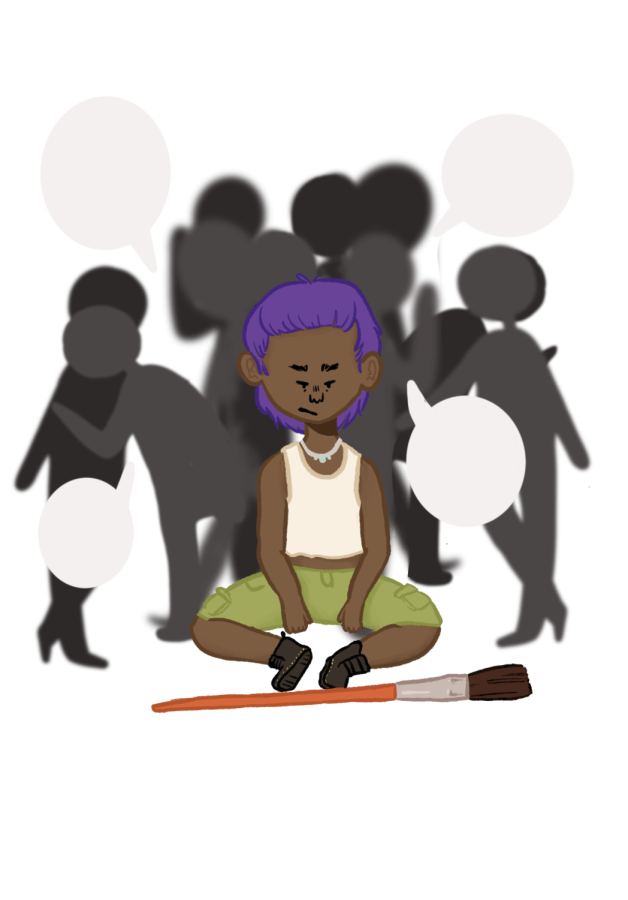 Due to the negative stigma around art professions and unpredictable pay, Branham students interested in art are shying away from pursuing their dream as a full time job. Aspiring professional artists at Branham noted the financial and social struggles of pursuing an art career after high school.

Though art opportunities are plentiful, the pay is meager: In 2021, the Consumer Price index rose 7% while housing costs are expected to increase 5% in 2022. The average salary for an artist in California is $20,000.

Though it’s not a means to a career, many students such as Neysa Gupta currently use their skills as a side hustle.

Sophomore Neysa Gupta practices painting, drawing, and charcoal art, which she shares on her Instagram page. Each piece sold brings a sense of accomplishment.

“It’s like a piece of me that people get to see and it’s very genuine,” Gupta said.

She says she gets commissions that varying from sculptures to Twitch emotes.

Though she has been working on commissions, senior Gigi Borgese sees a future for her artistic skills. Next fall, Borgese plans to attend the New York School of Visual Arts after community college to work in the animation industry as a character/concept designer.

What worries her the long-term consistency in the art career. Artists and animators work in cycles. When a job is complete, they have to hunt for another. She hopes to be proficient at networking by the time she graduates.

“I’m always going to be concerned about making the connections because it’s such an important part of the career,” said Borgese.

Sophomore Linny Withers is considering taking up a profession in medical animations, a career in which one designs imagery to expand medical science knowledge. However, she said she doesn’t want to turn her hobby into a career in fear that she will lose her passion for it.

“When I lose my love for art I also lose a healthy coping mechanism, which is not an exciting prospect,” Withers said.

In art careers, employers decide what the artist produces, limiting their creative freedom. There is also stress surrounding the profession because of competition.

For Withers, selling her work on the side puts art in a more positive light rather than being under the control of an employer.

“As someone who already struggles under stress, I don’t know if it’s the kind of environment I could thrive in,” she said.

Since kindergarten, sophomore Lauren Gernale kept up the sketching skills. She is avoiding an art profession because of the negative stigma and financial aspect. For Gernale, art careers can be underpaid while supplies and art schools can add up financially due to art school being more expensive than an average college tuition.

“It doesn’t seem as worth it to put so much time and effort into art if it’s not going to be worth it in the end.”