Parents, where are you?

In fight over teacher wages, parents' voices are missing. 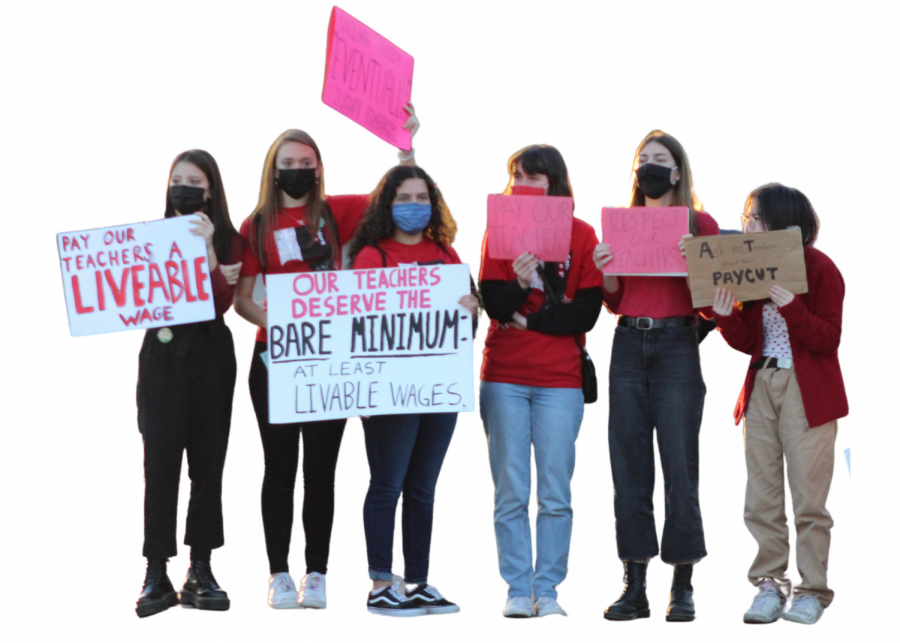 Students protest alongside teachers outside the district office at last month's board meeting.

CUHSD parents, where are you? In the fight to provide district teachers adequate pay, your voice is missing. Instead, you are letting your kids speak up for them at board meetings and in the classrooms.

Parents, it seems, are the only ones who can get the district’s ear.

The district isn’t listening to its teachers, 380 of whom signed a vote of no-confidence against Superintendent Dr. Robert Bravo. They’ve been wearing red and sharing their stories of sacrifice in the face of their pay cuts on social media, to no avail.

The district is certainly not listening to the more than the eye-popping 28,000 signatories to Prospect student Angela LeDrew’s Change.org petition, perhaps the most successful student petition ever in this district.

They’re also not listening to the hundreds of students who walked out of their classroom last month. The district not-so-bluntly called these students misinformed by the teachers union representatives, who turn out to be the ones teaching them.

And, despite this overwhelming teacher opposition to the district leadership’s choices, they have acted callously to their cries. Instead of postponing a vote after the vote of no-confidence, the board members voted unanimously to extend Bravo’s contract by one year.

Instead of addressing the $48 million in reserves, part of which can be used to address teacher pay and retention, they have tried to increase the amount of money that they are required to put in reserves, from 6% to 17%.

Parents, you haven’t been to the board meetings. If you had, you would have heard impassioned speeches from your students and your teachers asking to be listened to. You would have listened to senior Jeremy Haven, who said that without our teachers, he would have dropped out of school.

You haven’t been protesting with the picketing teachers outside the schools before class. If you had listened to them, you would have known that nearly 70% of teachers in this district are considering finding a job elsewhere.

That’s the power of the parents as the main taxpayers in this district.

Act with your vote. The terms of board members Stacey Brown, Kristiina Almeida and Robert Varich end next year. School boards have rarely been this tone-deaf in their unanimous support of a superintendent whose own teachers do not support him.

Act with your voice. Come to the next board meeting and join the substantial chorus of teachers and students who have been trying to be understood instead of dismissed.

Parents, we know you are busy, but you can’t ignore this problem between the teachers and the district much longer. If you want to support your students, support their teachers.