‘A role model to students and an inspiration to teachers’ 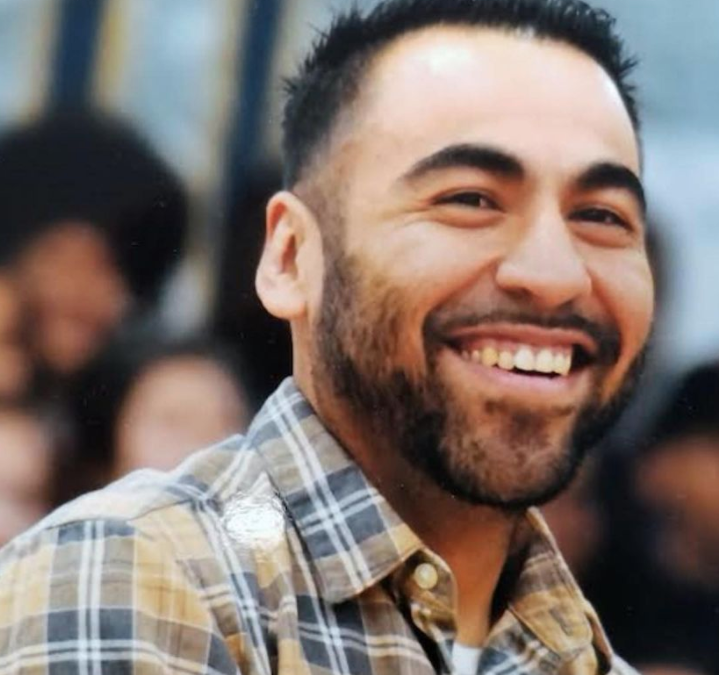 Teacher Mike Espinoza is elected teacher of the year.

Whether it’s teaching his classes about critical thinking, building connections with AVID students, or advising the Latinx Student Union, English teacher Mike Espinoza loves to be involved in the Branham community.

In honor of his hard work, Branham teachers voted him as the school’s Teacher of the Year.

“The fact that I’ve been working hard to be the best teacher I can be, and that my peers recognize that work, makes me proud of myself and my journey,” he said.

“With everything I’ve been through in my life, including during my K-12 education, I would never have expected to be honored as teacher of the year,” he said.

A teacher in their nominating letter praised Espinoza for his humility and his willingness to grow.

“He is not only an amazing role model and motivational spirit to all students who feel seen and heard by him,” the message read, “but he is also an inspiration to all of us teachers and shares opportunities for us to continue to grow as well.”

They said Espinoza’s emphasis on equality is as present outside the classroom as well as inside.

“You can get Mike to talk about social and racial justice when he has the occasional break from doing the work,” he said.

Espinoza said that his goals as a teacher are to continue to learn, grow, and educate his students on important issues in society.

He said that he plans to honor the opinions of all students for the rest of his teaching career and to continue to make connections with all students and staff.

“I’m down to support anyone with anything, and usually at any time,” he said.