Class action with other school districts 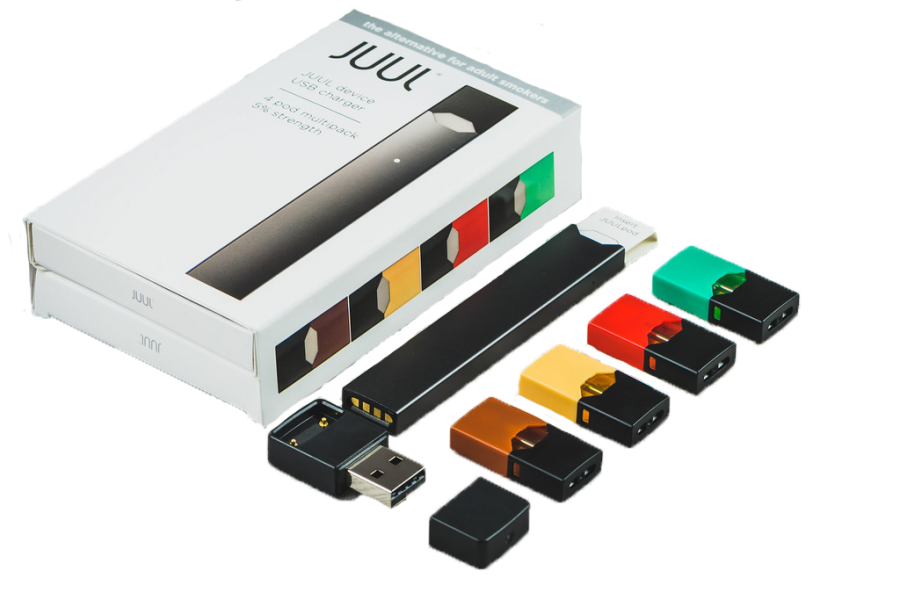 The Campbell Union High School District has joined districts across California in a class action lawsuit against the electronic cigarette company JUUL for causing disruptions to their school’s learning environments and resulting financial losses in dedicating resources to fight the increase in vaping.
Several other district lawsuits across the state have filed similar lawsuits earlier in January. CUHSD, Davis Joint Unified School District and Chico Unified School district filed theirs on Jan. 22.
“JUUL marketed these dangerous and addictive products to youth without warning,” said CUHSD Superintendent Robert Bravo in the press release of the lawsuit. “We are in the business of educating students, not cleaning up JUUL’s health crisis.”
Bravo ranked the JUUL epidemic in his top five most common complaints among parents and administrators this year.
“Ideally, they wouldn’t be in business,” Bravo said in an interview. “There should be a certain amount of freedom in society for people, individuals to make certain choices. So, if not completely removed from the marketplace, I would like to see a sort of minimum page change in marketing teams and marketing.”
While ballpark estimates have yet to be set, Bravo referenced some of the major categories of financial loss. Assistant principal hours, on campus hours for staff to educate parents on vaping dangers, keeping campus lights on at night, and student absences are a few examples of areas where the district feel they have lost money to JUUL.
An FDA report in September 2019 said that the company had engaged in illegal marketing strategies targeting teenagers, such as having its representatives tell teens that their pods were safer than cigarettes. The CDC reported 1.5 million youth electronic cigarette user increase between 2017 to 2018. In a fall Bear Witness survey of 860 students, 15% have admitted to vaping at least once.
Lessons from JUUL
Social science department chair Brett Johanson said that he’s concerned that the effective early marketing of these devices has prolonged student exposure to JUUL products long after they’ve stopped targeting teens.
“What’s really twisted about JUUL is these flavors,” Johanson said, “I’m sure some adults like all these flavors but a lot of those flavors seem specifically designed to entice children.”
He notices patterns of student behavior that suggest e-cigarette addiction, such as frequent trips to the bathroom during class.
“Over the years I’ve worried about students suddenly leaving class all the time,” said Johanson.
Some have incorporated lessons on vaping into their lesson plans. Social science teacher Kirk Selfridge used an economics activity for students to calculate the costs of the JUUL itself as well as the monthly expenses for purchasing its pods, not including long-term health expenses later in life.
Making a statement
In its 2019 lawsuit, the state of California described JUUL engaging in “systematic” use of marketing to attract young adults. Not only did the state attorneys feel that the company’s print and digital advertising raised ethical questions, they also claimed the company’s website had issues with its age verification on purchases.
Bravo said he was contacted about the lawsuit by Baron & Budd, P.C. and Shea & Boyle, LLP. toward the end of 2019, and brought the idea to the school board in December, which quickly passed the resolution.
There was no financial risk, since the district would not pay the firm if they lose their case.
Bravo hopes this year to work with the legal council to get a more representative figure of the financial toll that student use of JUUL products has taken on the district.
“We definitely need to have a more rigorous accounting than we’ve done,” said Bravo.
Johanson has questions about the financial grounds of the lawsuit. “I’d be curious how much we could really classify as being an expense,” he said “I think the expense is more of a social and health expense at this point.”
While Bravo does not expect compensation from the company, the case is primarily focused on the financial losses of the district. He also doesn’t expect any resolution from the lawsuit by the end of the year.
The Bear Witness reached out to JUUL’s public relations via email and as of the date of publication, the company’s representatives have yet to reply.
Bravo hopes the statement made by the lawsuit will eventually extinguish the district’s vape culture. He has a 7-year-old son, who will eventually attend one of the schools in the district
“Anything I could do to try and lessen the chances, I will,” he said.