It's not just finals that are weighing on you. If you feel a bit more down, a bit more blue when the days get shorter and colder, you're not alone. 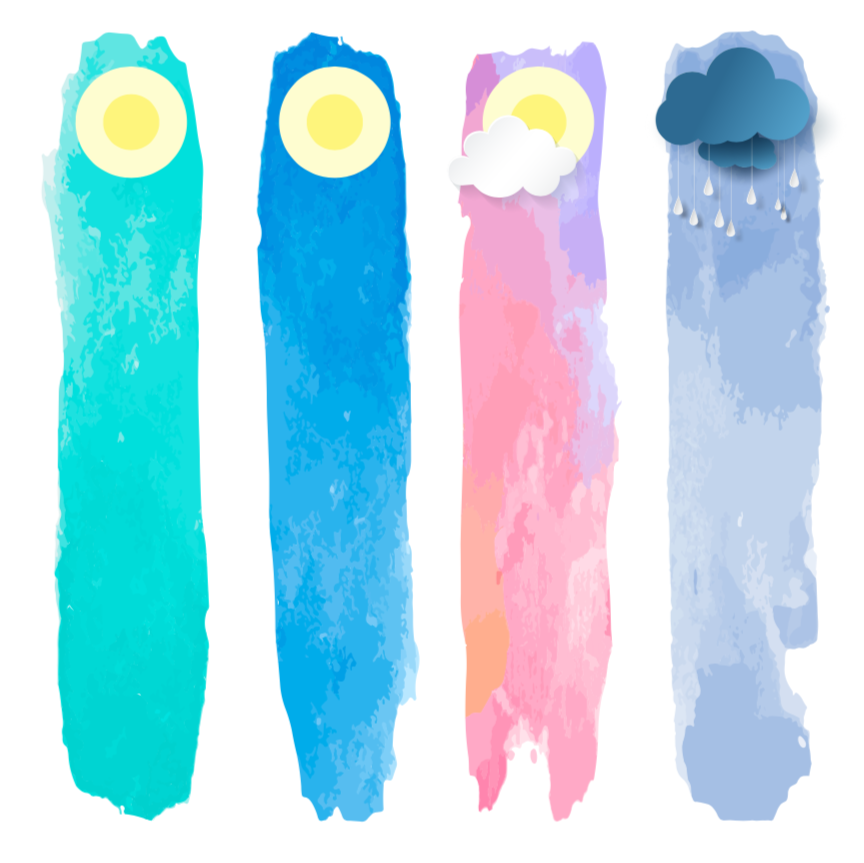 During the winter, junior Sela Jasim’s energy levels drop to a yearly low.

“The lack of sun and the gloomy weather impacts me negatively,” she said. “Then I kind of start feeling down because of that.”

Her exhaustion and mood changes represent a common circumstance in many Americans’ lives.

Seasonal affective disorder (SAD) impacts over 3 million people in the U.S., triggered by the changing seasons. According to the Mayo Clinic, the circadian rhythm, the natural process that administers sleep to wake time, is disrupted during the winter due to a lack of light, resulting in many symptoms. The brain’s decreased amount of serotonin causes depression, and changing melatonin levels lead to drowsiness.

These symptoms can cause stress, grief, and depression, making the holiday season a tough time.

Psychology teacher Jennifer Ozdinksi sees possible cases of SAD in her sluggish students. She also said that people close to her fall into substance abuse around this time of year. It’s “I’m definitely a believer in that the weather affects our mood,” Ozdinksi said. “I know people who struggle with alcoholism and things like that tend to be worse in these months and worse during holidays.”

Depression is one of the main symptoms of SAD, which creates other emotional issues such as grief. Guidance counselor Joyce Davis said more students come to her and other counselors with personal issues during this season.

The holiday season, which emphasizes family togetherness, compounds this sorrow for students who have lost a loved one.

“A lot of people have a difficult time with grief,” she said. “Sadness seems to come to the forefront a little bit more.”

Additionally, students are surrounded by the gloomy weather that coincides with the stress that comes during the first semester finals, and the realization of a permanent grade on the transcript.

“It’s the same kind of anxiety that occurs because so much is built up around finals,” she said.

To prepare for this week’s tests, junior Nitu Gupta has a running list of assignments she needs to complete. For AP Calculus AB, she needs to teach herself related rates, a brand-new topic, complete a six-page study guide for Physics, and review the nine chapters AP Biology. The process is overwhelming for her.

“I feel suffocated by my responsibility,” “I need to do everything. There’s not enough time in the day for me.”

Davis also notices the toll finals take on students through the number of students confessing their test- related stress.

“The Wellness Center will be popping because finals causes anxiety for a number of students, she said, “for those who are doing well and have continued to do well and those who haven’t.”

However, SAD and major stress doesn’t affect everyone, and many people find joy during the winter. After polling 20,000 people, the New York Times found that Christmas is the “happiest day of the year by a significant margin.”

“For me, the holidays start on Nov. 1,” said senior Theresa Brown with a smile. “It’s my favorite time of year.”

Jasim, the junior who has experienced the negative effects of winter firsthand, knows that her seasonal moody condition is beatable.

“You can get through this,” she said. “You can combat seasonal depression.”