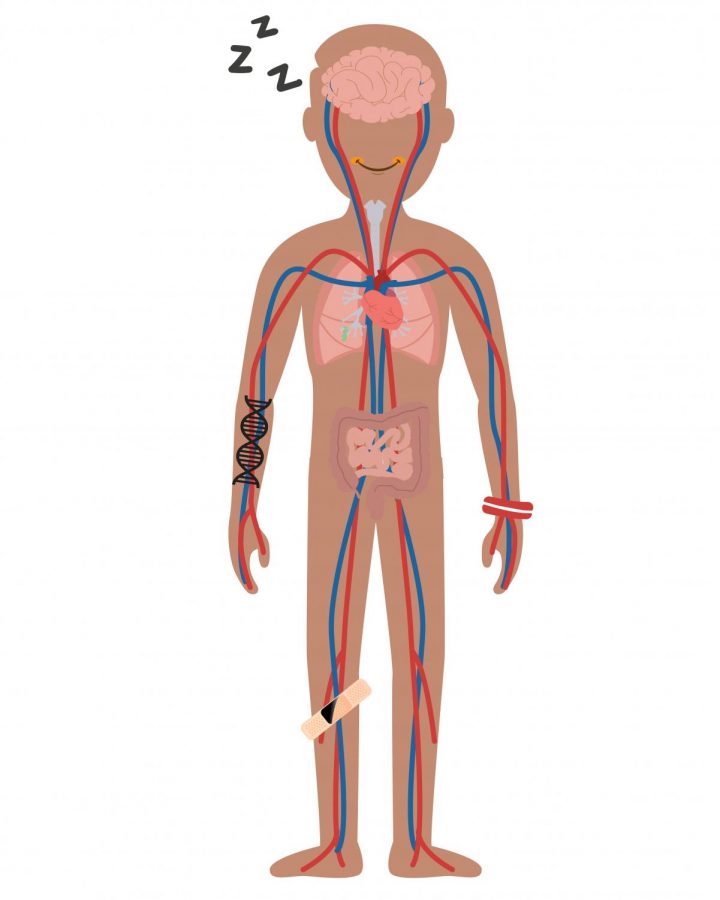 Health plays a vital role in everyone’s life, but its exact definition is difficult to pinpoint, especially because it has become more of a personal concept rather than a medical term.
Students and experts, both on and off campus, have difficulty coming to a consensus, however many agree that several main factors such as diet, sleep and exercise contribute to one’s health.

The World Health Organization defines health as being “a state of complete physical, mental and social well-being and not merely the absence of disease or infirmity.”  This however, contradicts conventional medicine’s historical definition with health: “the absence of disease while other factors are disregarded.” For those on campus, they tend to resonate with the WHO’s more holistic approach to health

At Branham, students are aware of several factors. When considering the notion of health, senior Anmol Dhaka says, “[It’s necessary to] get a decent amount of sleep, eat 3 nutritious meals a day, be within five pounds of the ideal weight according to your height and most importantly, have a positive mindset.”

For Dhaka, her requirements are so specific because of her own personal experiences. Last year when playing table tennis, her coach gave her a meal plan to best reach within the weight appropriate for her height according to Body Mass Index. She thinks being a teen, health is especially important.

“What we do now as teens affects us in the long run,” Dhaka said. “Those habits and mentalities carry over to adulthood.”

“Being healthy means being happy with who you are, participating in things that are enjoyable to you, whether they’re indoor activities or outdoor activities and doing your best to eat healthy foods,” she said.

As a P.E. teacher, she has an obligation to measure and aid students with their health. The federal government has monitored children’s health through the Youth Fitness Test, now called the FitnessGram test, since 1966, and P.E. teachers are responsible for administering this test and collecting the data.

The test is meant to be a comprehensive test that measures flexibility, strength, body composition, endurance and aerobic capacity through several tests, including the pacer test. To determine the fitness standards, body mass index and age are considered.

For Anderson, these tests fall short in measuring the health of students on campus, because BMI doesn’t account for different body types and does not directly correlate to health.

In P.E. classes, students not only exercise, they learn about diet, drugs and sexual activity, all factors that contribute to health. Anderson, though, considers emotional health the most important factor for teenagers.

“It has to do with having conversations with students making sure that their emotional health is going in the right direction,” she said. “[Ensuring] they don’t have a lot of stress or extra stuff that’s causing them anxiety, or depression.”

“Mental health I define as not having anxiety and being stress-free,” she said. “Being healthy is based on perspective because I think [just] drinking a smoothie can make someone healthy.”

To maintain both her mental and physical, Hathaway takes regular breaks from both exercise and studying. She also has asthma, which she has to monitor with medication and especially during physical activity, which impacts her health.

Michelle Crescibene is also concerned with students’ health because she is the health clerk. Students often come to her for health concerns varying from colds, to injuries, to mental health crises. For Crescibene, health is something that shifts often from person to person, so for her job, it takes on a more practical definition.

“In here [the health office], it’s figuring out whether or not you’re sick enough to go home, if you’re injured, what’s going on with you,” she said.

Crescibene also pointed out that it’s difficult to gauge someone’s health or even your own because health depends a lot on what’s going on inside the body. Health can also change day by day.

“You seem healthy, you’re not sick, you’re good,” she said. “But tomorrow you can end up to be sick.”