How to (un)fix your mindset

There are ways to help you be more creative 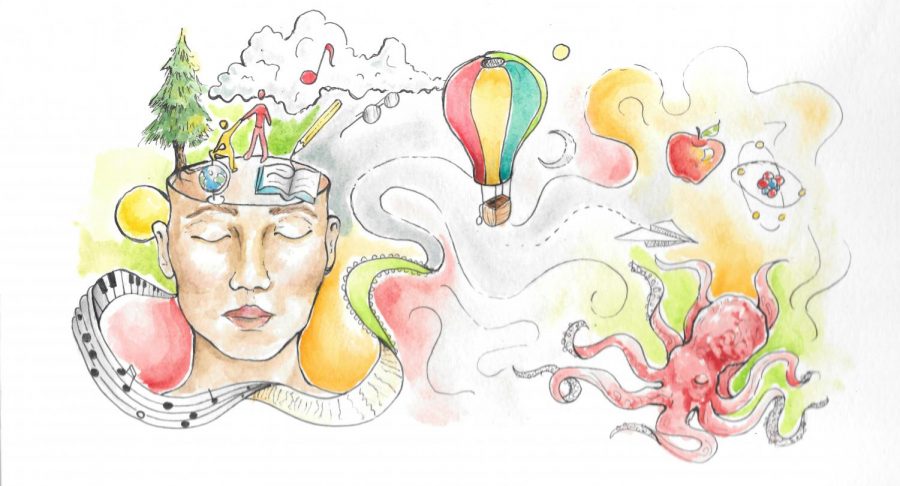 Journaling, reading, time with friends – these activities are proven to spark your interest and ability to think freely and originally. Why, in this case do so many students believe that they aren’t creative?

Those with fixed mindset waste potential opportunities to produce creative solutions and original thought. While many students believe that change in their creative ability is unlikely, they should be more aware of the fluidity of creativity and how their surroundings can influence this skill.

Research does not support the notion that individuals are born with a fixed creative ability. Many studies suggest that our concept of creativity is simplified, that people cannot become more or less creative over time. The nuances of the brain permit both growth or decay in skills involving problem-solving or critical thinking.

Carol Dweck, psychology professor at Stanford University and pioneer of the fixed vs. growth mindset ideology, believes people who perceive intelligence and success as goals to work towards are often more resilient, intelligent and less stressed. In her book “Mindset: The New Psychology of Success,” Dweck suggests that abilities to improve and succeed rely on one’s willingness to practice and grow.

This fixed vs. growth mindset concept can be applied to creativity. Those who consider creativity as a learned trait are more likely to have the capacity to develop it. Yet often the only hindrance to this ability is the restrictive, pervasive mindset that creativity is static. This misconception is held by both students and educators.

There are specific habits that can boost critical thinking. According to creativity researcher Robert Epstein, methods such as capturing new ideas, seeking challenging tasks, broadening knowledge and surrounding yourself with an interesting environment can help create routine practices that strengthen creative thinking.

A 2008 study Epstein conducted with his associates in the Creativity Research Journal indicated that his suggestions on training creativity were valid and showed promising improvements in its subjects. After 74 participants attended seminars and performed exercises molded to Epstein’s recommendations, their new idea output was measured to be 55 percent higher over the next eight months.

Such strides could be made on a larger scale to influence higher levels of original thought and have the potential to spark innovation. Just like athletics or academics, it is possible for individuals to train their brains to think more critically and creatively yet society hesitates to validate this concept.

Schools also tend to follow this pattern of reluctance. Concrete action to reinforce creative processes and critical thinking have room for improvement in the education system. Because students are often inundated with repetitive class structures and assignments, their ability to think freely and creatively can be smothered.

Sir Ken Robinson, an educational advisor and author, is known for his TED talk entitled “Do schools kill creativity.” In the speech, he proposes that the current education system devalues types of intelligence outside of academic and divergent thinking by teaching “right” and “wrong” work methods as opposed to acknowledging the fluidity of thought in a child’s mind. Because schools tend hold this fixed mindset, they impart these ideas on their students.

However, we can create habits that positively impact our creativity through Epstein’s four methods. Tasks as accessible as journaling, reading challenging books, spending time outside, or spending time with friends can serve to spark interest and curiosity in one’s surroundings and prevent one’s creative capacity from decreasing.

While many students consider their own creativity as a set quality, they can make simple habit changes that boost their ability to think through problems and form a more productive view of their learning.