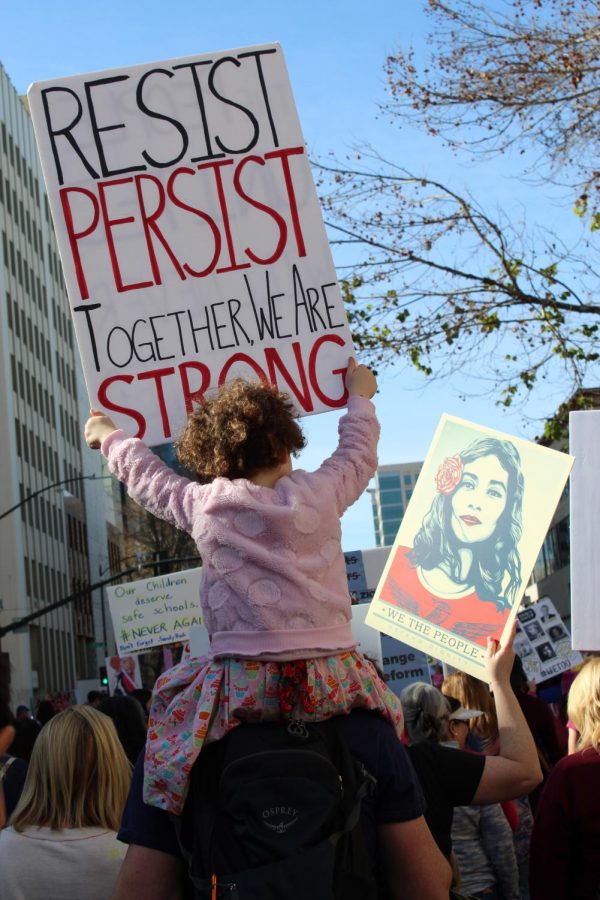 San Jose held its third annual Women’s March in late January, despite controversy earlier in the year about diversity among its leadership.

According to The Mercury News, the march drew between 15,000 and 18,000 marchers, down from about 24,000 last year. Despite the low numbers, marchers feel that the movement is still important as a place to use their voice to promote change.

For senior Melina Antillon, the march meant an opportunity to use her First Amendment rights, which allow her to protest.

“No matter what politician or… president we have,” she said, “whatever unnecessary comments they use, it’s not going to stop me from speaking up.”

Reasons for this lower attendance may be tied to a lack of intersectional representation, which includes marginalized groups such as women of color and LGBTQ+ populations. Senior Jessica Silva said inclusion of these groups is key to keeping the movement alive.

Earlier in the year, the national Women’s March Inc. faced criticism because of ties to Nation of Islam leader Louis Farrakhan, who has been accused of anti-semitism as well as making anti-LGBTQ+ comments. These controversies caused many smaller marches to distance themselves from the national organization.

Diversity was also an issue in Eureka, California when a march there was cancelled due to a lack of inclusivity then revived under new, more diverse leadership.

Senior Hana Tzou said there was no lack of diversity at the San Jose march.

“Almost every issue I can think of is here,” Tzou said. “Green Deal is over here, March for Our Lives is over there. Everything people care about is here.”

Tzou was referring to a climate change advocacy group.

The San Jose march had booths from the NAACP, the March for Our Lives local chapter and the Santa Clara County Office of LGBTQ Affairs.

While the march is an annual event, the fight for equality is an everyday occurrence.

To continue the momentum, the Feminism Club celebrated Valentine’s Day by giving out Dum-Dums with feminist sayings on them. The club has been dubbed it “Galentine’s” day, inspired by the TV show “Parks and Recreation.” They also plan on honoring Women’s History Month and International Women’s Day in March by decorating the halls with posters of notable women from history.

For Silva, feminism isn’t a passing fad or a one-time thing; it is a movement for change.

“Feminism … should be something implemented in all generations,” Silva said. “Helping women helps everyone.”